Episode 12: Getting Medieval on Earendel

Once upon a time, the people of England had a mythology rich in symbolism and metaphor pointing to the ultimate truth. There was one story in particular which captured the imagination of poets, the story of a star that entered into time and lifted the people of the world out of darkness. The star’s name was Earendel—but what did his name mean? Who among men was so wise that he could unravel the riddle and make clear the mystery? J.R.R. Tolkien believed he knew! O come, O come, and learn the story of the star!

Video with subscription at Unauthorized.tv.


The O Antiphons of the Advent Lyrics

I. “O King of the people and their hearts’ desire; O Cornerstone, who make both things one: come and save humanity whom you have fashioned from clay.”

II. “O Key of David and Sceptre of the House of Israel; you who open and no one closes; who close and
no one opens: come and lead the captive sitting in darkness and the shadow of death from his prison-house.”

III. “O Jerusalem, city of God most High: raise up your eyes to heaven and behold your Lord, who comes now to release you from your shackles.” 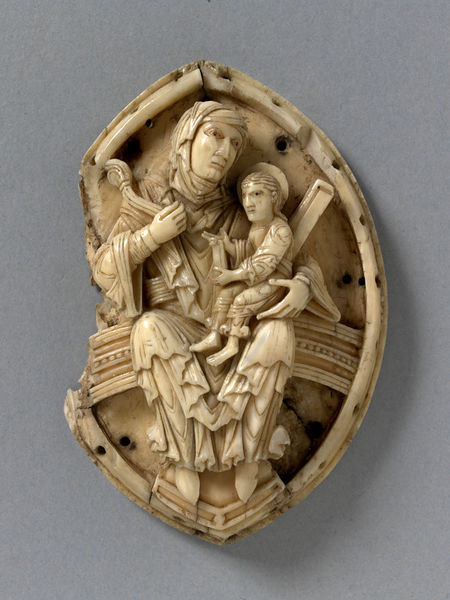 IV. “O Virgin of virgins, how shall this come about? For one like you has never been seen before, nor will there be a successor. O daughters of Jerusalem, why are you amazed by my situation? The mystery which you perceive is divine in nature.”

V. “O Morning Star, Splendour of eternal Light and Sun of Justice: come and shine upon humanity sitting in darkness and the shadow of death.”

VI. “O Emmanuel, our King and Lawgiver, Expectation of the peoples of the earth and their Saviour: O Lord, our God, come to save us.”

VII. “O Joseph, why did you believe what before you feared? Why indeed? The One whom Gabriel announced would be coming, Christ, is begotten in her by the Holy Spirit.”

VIII. “O King of Peace, you who were born before the ages: come forth through the golden gate, visit those you have redeemed, and summon them back to that place from which they rushed headlong through sin.”

IX. “Lady of the universe, sprung from royal seed: Christ has now come forth from your womb like the groom from the bridal chamber: He lies in a manger who also rules the stars.”

X. “O Lord of the heavens, you who are eternal with the Father and one with the Holy Spirit, hear your servants: come and save us now; do not delay.”

XII. “O wonderful exchange: the Creator of the human race, assuming a living body, deigned to be born from a Virgin: and, becoming man without seed, bestowed on us His divinity.”

Images (h/t A Clerk of Oxford, who has even more beautiful images in her blogposts about the Advent Lyrics)
Course Study Guide 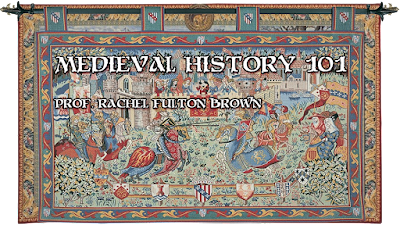 Popular posts from this blog

Defending the Middle Ages: We’ve Been Doing It Wrong 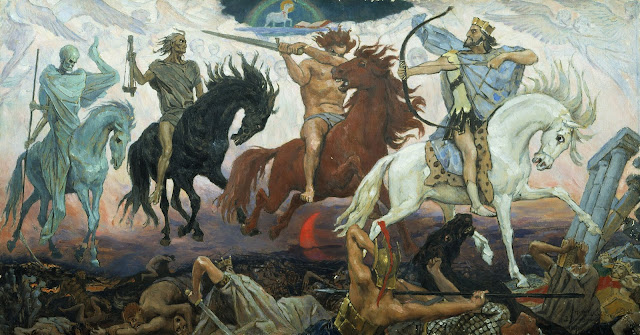 We medievalists all know the drill.

Somebody in public life says something disparaging about the Middle Ages, and we all leap in to insist that either
a) Europe in the Middle Ages was actually much more advanced/enlightened/sophisticated than the off-hand comment about people believing the world was flat suggests, or b) yes, absolutely, they’re right, medieval Christians were murderous thugs, barbarians of the first order who knew nothing of tolerance or diversity and probably ate babies for breakfast whenever they could get them. Neither answer ever changes the public conversation one iota because everybody knows that whatever Charles Homer Haskins might try to insist about the real Renaissance happening in the twelfth century, there is no getting round the Albigensian Crusade and the massacres of the Jews in the Rhineland (the former called by the pope, the latter resisted by all the bishops and other leaders of the Church).

The more those of us who study the intellectual, institutio…
Read more

Episode 11: Getting Medieval on Old English* 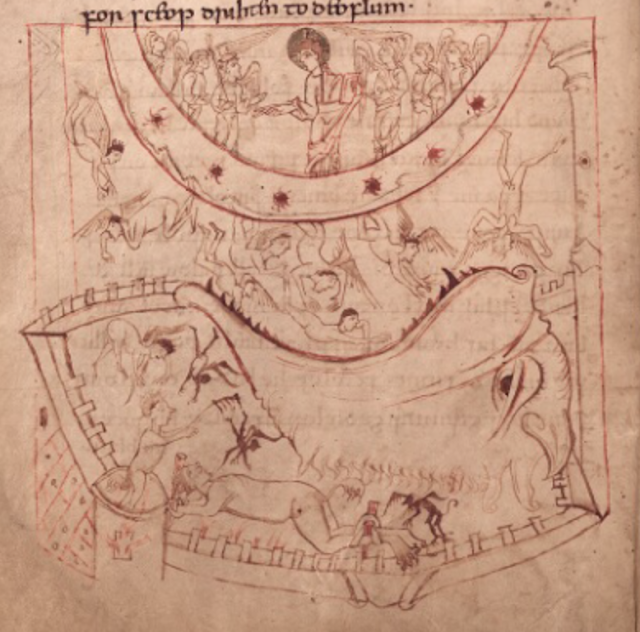 To judge from the current debate among Anglo-Saxonists about the racism of their own field, Old English literature is simply one boss fight after another, starting with the battle between Beowulf and Grendel. It’s true! Old English poets loved a good boss fight! But it wasn’t the fight that most English professors would have you believe.

Video with subscription at Unauthorized.tv.
Rejoice now in spirit, thrive in the solace
Of the Savior, take comfort in Christ.
Gather glory, guard your treasure-house,
The secure space of your heart’s holdings.
Bind up your thoughts. Be careful with vows.
A true companion sometimes proves false;
Promises can unravel so a friendship is undone.
The world sometimes weathers rough storms,
The tempests of untrusted, and suffers doom.
There is one heart’s haven: one firm faith,
One living Lord, one sacred baptism,
One eternal Father, the precious Prince
Of all peoples, our Maker who has shaped
Creation and country, firmament and fields,
The wonders of the …
Read more

Unauthorized Professor Rachel Fulton Brown
Welcome! I am the professor your other professors warned you about. I love Christianity, America, and the Western tradition of theology, art, philosophy, music, letters, and education. I believe in the reality of truth, beauty, goodness, and love. I judge people by what they say and do, not by what others say about them. I worship Jesus Christ as Lord. 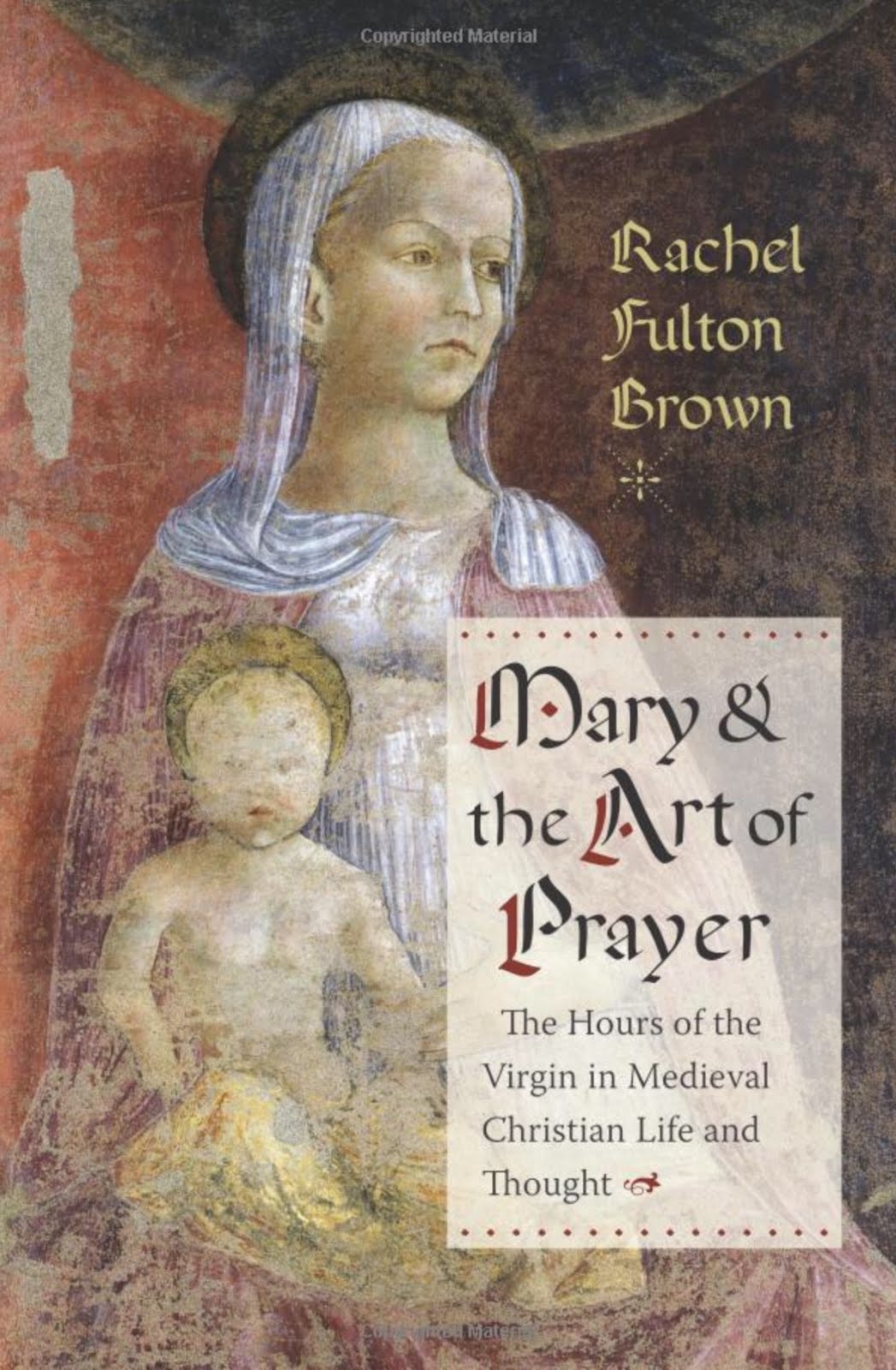 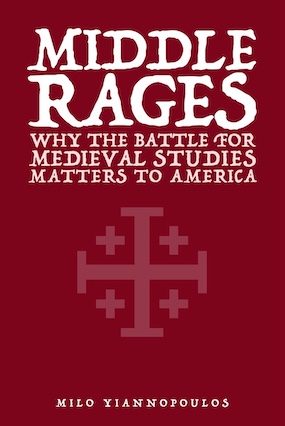